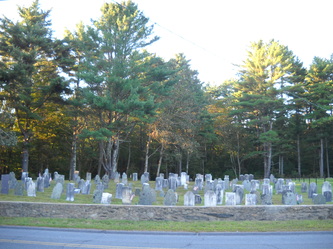 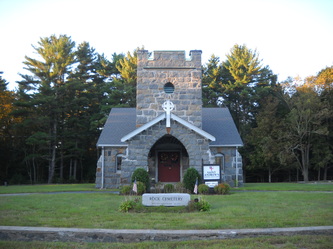 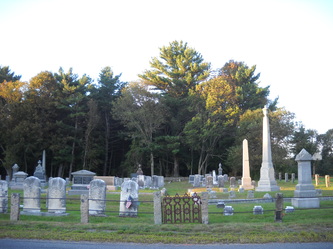 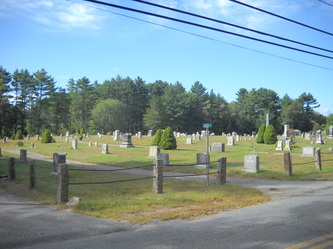 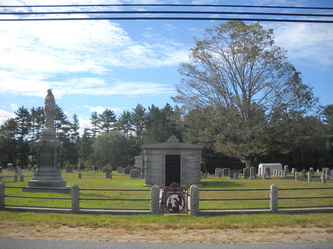 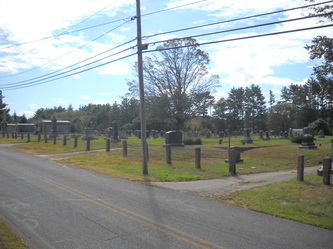 This burial place is documented in the book "Elysian Fields: an illustrated History of Rock Cemetery" by Michael J Maddigan.

This burial place is referenced to in the book "Old Cemeteries of Southeastern Massachusetts" by Charles M Thatcher as "Records of Rock Church East of Church, West side of Church, and South of Church".

Thomas Weston, in his book "History of the town of Middleboro, Massachusetts", in the chapter "Cemeteries", wrote: Rock Cemetery, situated west of the church, was used prior to 1795. It is controlled by the deacons of the Baptist Church and the Baptist Society. The oldest burial here is that of Eunice, daughter of Nathaniel and Hannah Barros, who died August 22, 1791, aged twenty-two years. There are other cemeteries at Rock, first used in the early part of the last century, one adjoining the old training-green, another lying on the east side of the church, the Ewer Cemetery on the south of the church, and Hope Rest Cemetery.